Handheld Contact is excited to announce that we'll be releasing "Handheld Contact API" in late January or early February, a new mobile client that can sync directly to the master Act! database for faster updates, more data, and can be used with multiple devices at no extra cost.

This is the update our customers have been waiting for!
The first release of Handheld Contact API will be for IOS users only, and we expect the Android version to be released in Q2. All Handheld Contact API users will require a current Act! subscription to use the WebAPI, and be assigned "WebAPI" permission in the Define Users section of their database. Please consult your Act! Administrator on this.
See our quick video walk through of the new setup process HERE.
As you can tell from the above video, minimal setup is required as users simply enter their database credentials & location, specify the group they wish to sync to, as well as the fields they want included, and the syncing begins immediately. Some features like quoting and mobile mapping will be added over time with subsequent updates. No more waiting for the HHC Console as long queues could lead to delays in updates. Handheld Contact API waits in line for no one, as all users & all devices get their updates directly from the source, immediately.
Like with all new technology, there are some features that will evolve over time as the Act! WebAPI matures & develops, but the most significant to Act! users will be the limited configurable controls over who gets what.  While we've implemented syncing to groups, we cannot enforce which group a users selects to sync with. The absence of the Handheld Contact Console does simply setup, but it also limits some of the centralized security Administrators have long enjoyed. If this remains a priority for your organization, we recommend continued use of our legacy version.
This new service is available for only $16 more than the legacy service, despite including support for multiple devices and unlimited contacts. The Handheld Contact API subscriptions will be available for $96 by the end of January (or ealy February - depending on beta feedback), and we expect to release it to beta in mid-December for a full-month of testing.
Early adopters can expect to be rewarded with 15-months of service for the cost of 12 if they subscribe before the end of February 2020. 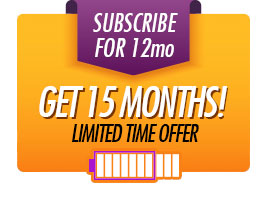